O little town of Bethlehem, your existence has shaped my faith. How fitting, then, that is was visiting your streets where God came to me anew, showing me what it means to encounter incarnation in the midst of a world of pain.

Below is my journal entry (slightly edited) from the day I spent in Bethlehem. It captures glimpses of what it meant for me to visit this sacred town, and how my understanding of the Christmas story, and my faith, will be forever changed. 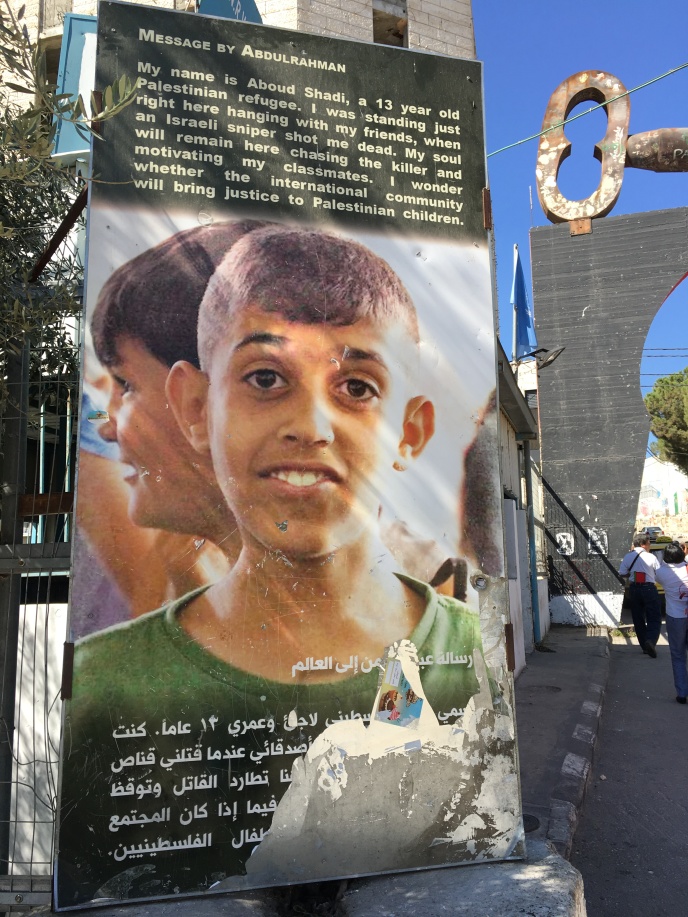 how many deaths does it take ’til we know, that too many people have died?

October 15, 2017. Today I felt the struggle deep in my soul. Maybe it was hearing our group leader talk about his experience as a political prisoner, and his witnessing of the ongoing torture of a teenage inmate. Maybe it was touring a Bethlehem refugee camp, constructed with concrete slabs generously donated (hear the sarcasm) by the United States, or seeing the graphics of U.S. missiles that killed hundreds of Palestinian children. Maybe it was seeing the Bethlehem Wall with the United States president hugging it, kissing it, and promising to build it a brother – or seeing how this imprisoning barrier had become a symbol of powerful artistic resistance, creative protests and stories of the people, peppered with the occasional capitalistic invitation to tourists. Maybe it was the knowledge that this was the last day of the tour, and not only would I be saying good bye to the land, my new comrades in the struggle, the history lessons and the visible reality of what was happening, but that I was returning to my own comfortable life built from Occupation, to a people who benefit from the system and live in ignorance of their explicit and complicit lifestyles of excess and luxury.

What I knew, touring Bethlehem, was that this was indeed the town where a pregnant, Palestinian teen and her betrothed were forced to travel, to register and pay taxes, and the place was so full of people enduring Occupation that there was no room for them in an inn (or so the story goes). They ended up finding shelter in a cave. Into this community, so long ago, sprang another generation of resistance, with a leader whose teachings of dignity, humanity, equality, justice and restoration are still being followed. This Palestinian Jew’s message has shaped my life, opened my eyes to the struggle for freedom and the power of resistance, hope and healing – and seeking to follow in his footsteps has allowed me to identify with this historic little town.

I took great comfort in knowing that the incarnation is alive and well among my comrades in the resistance, and even as I return home, I have new allies in the struggle and accountability partners on the journey to end Occupation everywhere. 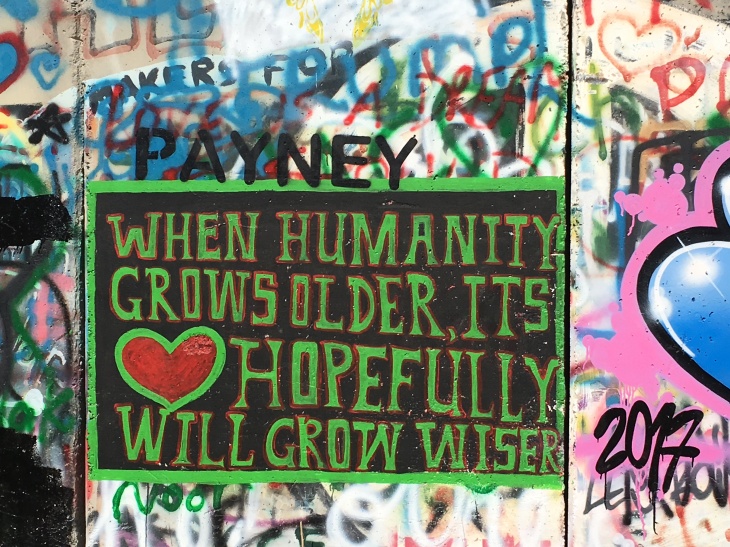 Bethlehem’s wall was built to contain and confine, but resistance beckons at every turn.

The Reverend Dr. Allison J. Tanner is Pastor of Public Witness at Lakeshore Avenue Baptist Church, Oakland, CA, Palestine Advocacy Representative for the Alliance of Baptists, a faith leader with Interfaith Movement for Human Integrity and the Convener of the East Bay World Without Walls Coalition. As a minister, educator and activist, Allison works for justice and healing in her community. View all posts by givingvoicetothestruggle

Now more than ever, Boycott, Divestment and Sanctions (BDS) for freedom, justice and equality!Video: Cecilie Surasky

Posted by Jewish Voice for Peace on Sunday, December 10, 2017