“What if this is not the darkness of the tomb, but the darkness of the womb?” suggested Sikh faith leader Valerie Kaur, in the wake of the election of Donald Trump. Her words, pregnant with potential, describe well the moment in which we are living – a moment where death is palpable – people are dying of disease, of disadvantage, and of dehumanization at the hands of the state – but also where we are surrounded by signs of new life – community coming together and demanding better, community thinking creatively about how we can support and strengthen the vulnerable in our midst, community enacting new ways of welcoming the stranger, loving our neighbor and protecting and serving everyone around us. Kaur invites us to breathe deeply in this moment of tremendous labor pains, breathe deeply into the birthing process of welcoming something beautiful, something long awaited, something that has the potential to transform our nation. Below is one way I witnessed the power of hope and the promise of new life in the midst of darkness and death this week. 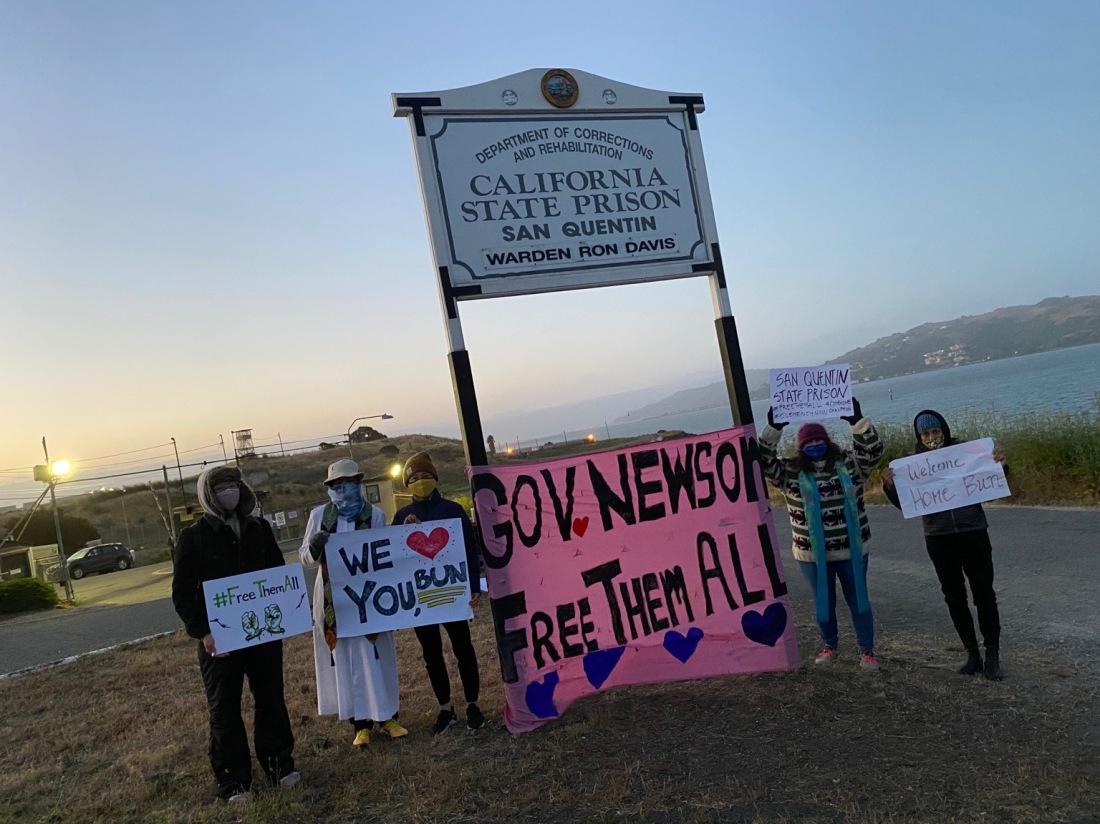 Wednesday morning faith leaders and friends of Chanthon Bun gathered outside the west Gate of San Quinton State Prison, awaiting his release. Bun had received parole, but it was unlikely that he would walk out of prison a free man. Instead, ICE’s practice is to transfer people scheduled for release from prison directly into detention facilities, thus doubly punishing those who do not have full citizenship status. California Department of Corrections and Rehabilitation (CDCR) commonly notifies ICE of release dates for immigrants, despite our state’s sanctuary laws, thus enacting a prison-to-detention pipeline. 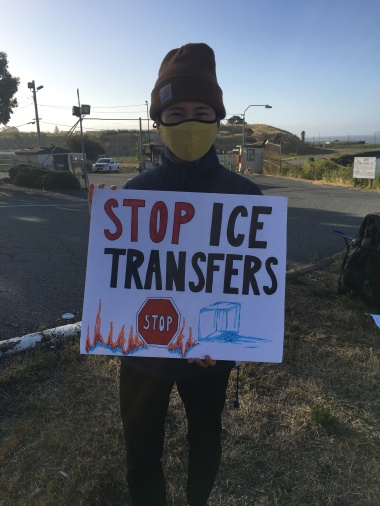 Because ICE transfers often take place in the early hours of the morning through back gates that are used for transfer of supplies, we arrived at 5 a.m. in hopes of witnessing Bun’s transfer. We dreamt of intercepting the transfer, but, realistically, we assumed our role would be to witness it, document it, and be a visible sign to Bun that he wasn’t forgotten as he endured this unjust form of double punishment.

Bun’s words, “to live is to hope,” grounded our gathering. At sunrise, we offered prayers of hope and pleas for justice and mercy – for Bun and the 1100 inmates in San Quinton who have tested positive for COVID. Knowing the harsh conditions inside, we watched darkness transition to light and clung to Bun’s inspiring words. Bun’s story did not begin with great hope. Born in a Cambodian refugee camp, growing up in poverty, enduring bullying, discrimination and war trauma, Bun found his way on the streets of Los Angeles. At 18, he received a 49 year sentence for a crime he committed that resulted in no physical harm. Yet while in prison, Bun found ways to turn his life around, heal from the trauma he’s endured, educate himself and give back to his community. Bun’s life bears witness to the hope he proclaims.
We don’t know why ICE didn’t show up Wednesday morning – perhaps our presence made an impact, or the countless phone calls to Governor Newsom and CDRC Secretary Ralph Diaz the day and weeks before, or the growing protests outside of San Quintin and media coverage of their COVID outbreak and inhumane conditions, or simply ICE’s notorious ineptness. Whatever the reason, were overjoyed to be able to welcome Bun back to his community who has been walking with him and working with him on his journey for freedom. We were overwhelmed by the power of miracles, the promise of hope, and a moment of transformative clarity that the efforts of those serving love and liberation are making a difference. This celebration is yet another reason to renew our commitment to the world we long for – the world we are fighting for – the world that we are birthing into existence. 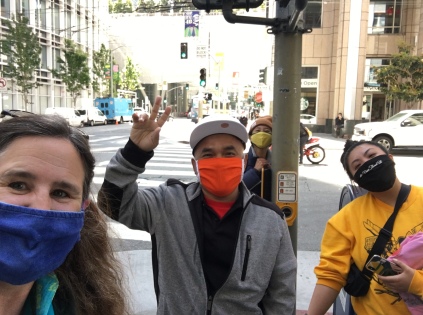 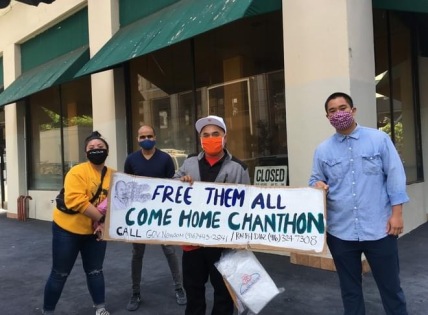 On this 4th of July, I am mindful of the words of Langston Hughes, “America will be,” and am encouraged to keep serving as midwife to a land of liberty and justice for all.

O, let America be America again—
The land that never has been yet—
And yet must be—the land where every man [sic] is free.

The Reverend Dr. Allison J. Tanner is Pastor of Public Witness at Lakeshore Avenue Baptist Church, Oakland, CA, Palestine Advocacy Representative for the Alliance of Baptists, a faith leader with Interfaith Movement for Human Integrity and the Convener of the East Bay World Without Walls Coalition. As a minister, educator and activist, Allison works for justice and healing in her community. View all posts by givingvoicetothestruggle